Ayurveda : the guide to understand the doshas

My family and friends can tell you : I talk about ayurveda all the time. That’s because it speaks to me on a deep level. It helped me see my skin and myself in a different way, change my perspective about skincare and look beyond skin types. It helped me find solutions to problems I couldn’t solve before.

Ayurveda is the mother of holistic (skin) care and there’s a good chance that you will cross paths with doshas if you’re looking for information about how to take care of yourself. Believe me, finding information about Ayurveda and the doshas is not a problem and the literature is prolific! But while I know now the basics, I remember that it took some time to sort through too much or too little information and put the pieces of the puzzle together.

So I thought it’d be sport to make it easy for you and make you save time. Here are the essentials to understand the concept of doshas! Take a cup of tea/coffee, bring food supplies, it might be long…

THE DEFINITION OF AYURVEDA

The World Health Organization contributed to the global acceptance of Ayurveda and defines it as a traditional medicine, which in turn can be defined as “the knowledge, skills and practices of holistic healthcare, recognized and accepted for its role in the maintenance of health and the treatment of diseases. It is based on indigenous theories, beliefs and experiences that are passed on from generation to generation”.

Ayurveda is indeed a traditional medicine but it’s far from being all that there is to it. “Ayur” means “life” while “veda” means science or knowledge. That says it all: Ayurveda is a thousands-year-old health care system, a philosophy and a way of life – the science of life in all its aspects

All is energy in Ayurveda. Every element is a form of energy, from the most impalpable to the most solid one. At the very beginning, there is Ether – the empty space where everything is possible. Ether condenses and gives birth to Air, then becomes Fire and produces Water. Finally, the energy solidifies and becomes Earth.

The 5 elements are what the universe, but also every cell, every substance is made of. The same rules apply to everything, we are part of the world and the world is part of us. Even more than that, actually! Human beings are the perfect reflection of the universe: that’s one fundamental principle of Ayurveda and one that I love. It makes me feel vast and without limit, yet full and contained. Going all mystical on you, aren’t I?!

Air is movement and communication. It’s the breath of life and it manifests in breathing, nerve impulse and all kinds of movements and rhythm.

Fire is transformation. It transforms what we eat in energy through digestion and metabolism.

Water is fluidity, flow, change. It manifests in body fluids and supports physiology and exchanges.

Earth is grounding and solid. It’s the matter our bones, nails, hair, teeth, skin are made of.

I won’t go into too many details but every element is associated with organs and body functions, with the senses and the psyche too. We are a universe in the universe.

Photo by Honey Fangs on Unsplash

In the same vein, 20 basic qualities are attributed to everything. They’re classified into 10 opposite pairs of energies.

Another fundamental principle in Ayurveda is that like increases like. Qualities are used to identify imbalance and to guide someone towards health. For example, if you suffer from inflammations, you may suffer from an excess of ‘warm’ and will benefit from looking for ‘cold’ in your food, your habits, plants etc.

Now that you know the 5 elements and the 20 qualities, you only need to be introduced to the doshas!

A dosha is a way to simplify the unique combination of elements and qualities in one person. There are 3 doshas:

Vata is movement. It’s responsible for body functions. It governs breathe, movement, energy, the nervous system and the 5 senses. It regulates emotional reactions, fear, anxiety and pain. It allows mental adaptability and comprehension.

Pitta is transformation. It’s the transformation of what we eat into energy, through digestion and metabolism. It’s Pitta who gives the electric impulsion for thoughts.

Kapha is preservation. It’s structured and builds our cells. It’s our skeleton and the fluids in our body.

The 3 of them are alive inside us in different proportions according to our very own constitution. There are 7 constitutions :

They are centred in one part of our body but they act on the different levels of our being – body, mind and spirit – and their influence fluctuates according to the time of the day, the seasons, the stages of life that are also linked to the doshas.

Although our basic nature never changes, doshas are well and truly always in movement like the world. Our habits, conditions of living, our environment will affect them in a positive or negative way : that’s our current state of balance, our vrikiti.

The idea is that the positive aspects of our dosha will bring us joy and well-being when our constitution is balanced. When imbalanced, it’s its negative aspects that will affect us through symptoms that are easily recognizable by a practiced eye. No dosha is better than the others; all of them are two-faced, like anything else in the world.

Photo by Ahmed Saffu on Unsplash

THE POWER OF THE INDIVIDUAL

In ayurveda, everything can be cure or poison. It all depends on our constitution, the state of our balance at one point, our age, the climate we live in, etc.

The ayurvedic approach is individualized  and it pushes us to know ourselves in order to take our health and wellbeing into our own hands . The first step is to know your constitution. It will help you identify signs of imbalance and know how to restore balance.

It’s one elementary principle for beauty and longevity :  The ayurvedic motto is : knowledge, self discovery, individual needs and self love.

THE 3 FACES OF BEAUTY

You didn’t think I had forgotten beauty and skincare, did you?!! That’s what I’ve been talking about right from the beginning, actually…

Every constitution is beautiful in its own unique way, none of them is more beautiful than the others and all of them wear the signs of absolute beauty : balance, radiance and vitality.

Each one of them has 2 sides depending on whether it’s in balance or not. If you learn how to read the signals your skin sends you, you’ll be able to correct imbalances quickly before they turn into skin issues.

Ayurveda is empiric and pragmatic and since the skin is part of the grand scheme of things, the veda provides advice and practices to take care of it according to the same rules as anything else.

« For lasting beauty, treat the source not the symptom. »

Only an ayurvedic practitioner can tell with absolute certainty what your constitution is but you can nonetheless determine your state of balance and see in which constitution you recognize yourself. I like Banyan Botanicals’ very thorough dosha quiz.

I wish you a happy journey in Ayurveda. Come back after taking the quiz and tell what your constitution is! I’m Vata/Pitta myself, with a high proportion of Vata.

You want more details about the doshas? Subscribe and get instant access to the resources – the Vata, Pitta and Kapha guides are waiting for you! 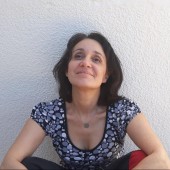 HOW TO SOOTHE YOUR RELATIONSHIP WITH TIME

5 infused waters for a happy summer

How to refill energy with short breaks